A FAMILY DRAMA AND DARK COMEDY

Diagnosed with a terminal illness, the matriarch of a wealthy estate cuts off her family from the vast inheritance. In retaliation, her ex-husband and estranged children band together, demanding answers and seeking to change her mind. The teeth are bared, the vodka is poured, and the truth is revealed.

Filmed in the historic Rushmore Estate in the Hudson Valley, NY 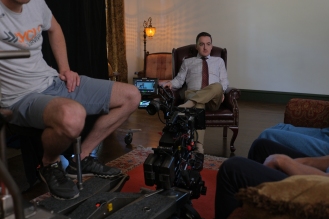